Is the Toyota Tundra the Toughest Truck Ever? 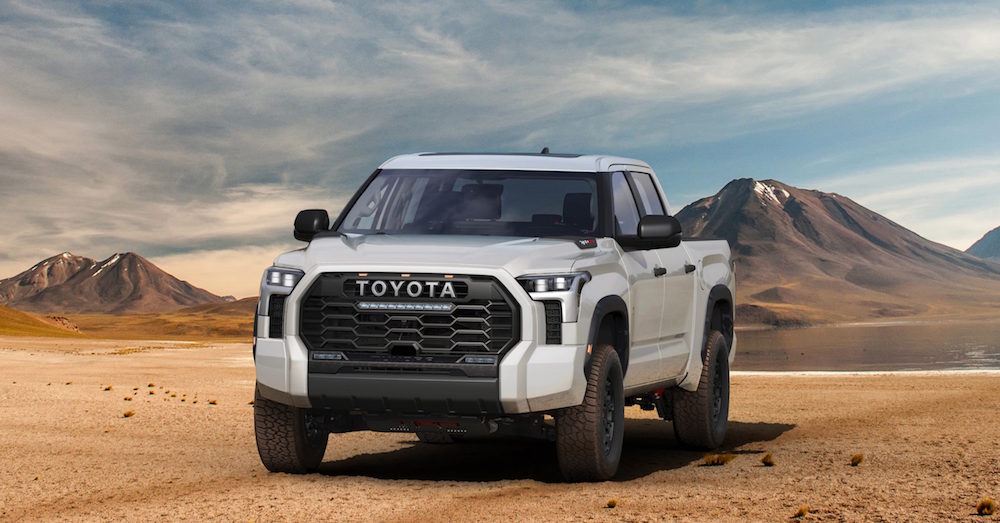 Is the Toyota Tundra the Toughest Truck Ever?

The Tundra’s capability and rugged good looks more than adequately hide the fact that the current generation is actually quite old–dating back to 2007. But, Toyota knows how to keep a good thing going.

How the Tundra Stacks Up

The Toyota Tundra pickup finds itself up against rivals like the Nissan Titan, Chevy Silverado, Ford F-150, and the Ram 1500. Those rivals generally boast larger engines like the 6.2-liter small block in the Silverado. However, the Tundra’s 5.7-liter V8 putting out 381 horsepower is ultimately no slouch. Weighing in at nearly three tons, the Tundra gets surprising acceleration going from zero to 60 MPH in 6.4 seconds.

The top TRD Pro CrewMax trim of the Tundra might look pretty expensive at a starting price of $54,525, but that number is a lot smaller than the top trims of its domestic rivals. If off-road capability is what you’re dreaming of in a full-size truck, then it’s hard to beat the Tundra. However, off-road ability doesn’t equal uncivilized on-road performance. The Tundra still feels comfortable and composed while cruising on the freeway.

There’s no doubt that the Tundra TRD Pro has some serious off-road chops. Fox 2.5-inch internal dampers and new, tougher TRD springs soak up ruts and bumps while allowing wheel travel by an additional 1.5 inches in the front and 2.5 inches in the back. This allows the Tundra to pick up some decent speed in off-road shenanigans. Push hard enough, and the dampers will meet with the bump stops, but an extra chunky TRD skid plate is ready to provide a final defense against off-road obstacles.

Toyota is often slow to update its generations, especially with trucks and SUVs. One of the main reasons is a commitment to reliability. Toyota didn’t become one of the most reliable automotive brands by rushing out new technology and equipment to stay on trend with its rivals. That’s why the Tundra has remained a reliable and capable truck throughout its very long second generation–from 2007 to 2021.

However, the Toyota Tundra is finally getting an all-new upgrade with the 2022 debut of the third generation. There’s little doubt that the Tundra will continue to be one of the toughest trucks on the market with advanced towing technology, terrain-tackling upgrades, and much more. Some of the features on the 2022 Toyota Tundra include:

The new generation of Toyota Tundra is bound to be the toughest Tundra yet.