It’s Time to End the Delay on the Nissan Titan 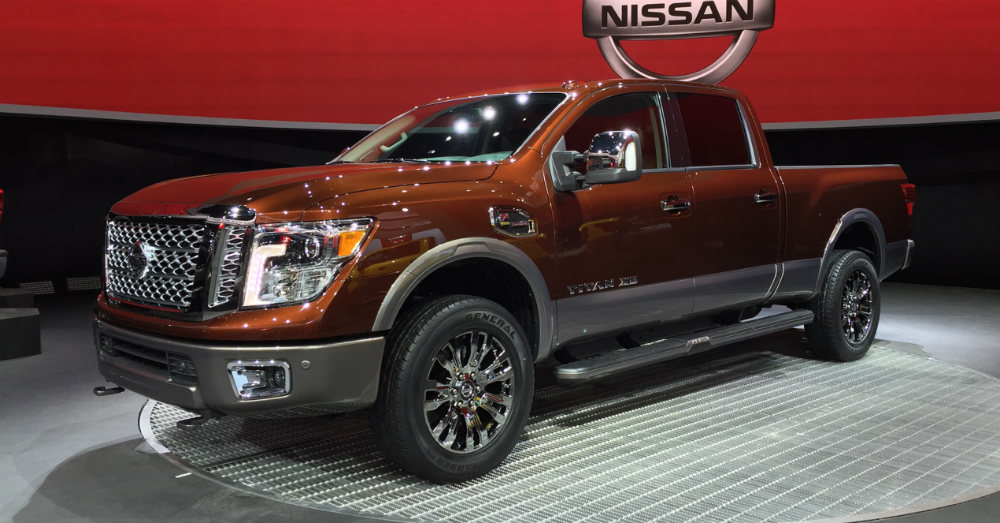 It’s Time to End the Delay on the Nissan Titan

It may have taken a long time for the Nissan Titan to be upgraded and improved with a new model offered on the market, but there’s one glaring challenge that Nissan still faces with this pickup truck.

The new Titan enters its second year on the market with only one engine offered under the hood which is a massive 5.6-liter V8. This engine is impressive and powerful, giving you nearly 400 horsepower and 400 lb.-ft. of torque to be able to tow as much as 10,000 pounds, but some work crews and truck owners don’t need this amount of power.

Over the past few years, there has been a movement in the half-ton pickup truck market toward smaller engines and lower prices. The Nissan team has confirmed they are working on a V6 engine to be the offering at the bottom of the Titan lineup to give us a truck with a lower starting price, a greater fuel efficiency number, and the level of power desired. Why this team is waiting so long to get the V6 on the market seems to be a mystery that’s unsolved and needs to be addressed right away.

While we still don’t know when the Titan will receive the V6 engine under the hood, we already see a V6 offering from all three of the Big Three from Detroit. The Titan currently is offered with three different bodies, a Crew Cab, King Cab, and Single Cab, all of which are the same length, but a V6 engine would give shoppers a chance to have more of what you want when it’s time to head out on the roads for the drive, especially when you simply need a truck that has the power to get your gear to the job.

Currently, the three V6 models offered by GM, Ford, and Ram are all less expensive than the base model of the Nissan Titan with its V8 engine. Nissan has experience putting V6 engines into different vehicles such as the Pathfinder that makes use of a 3.5-liter V6 to give 284 horsepower and 259 lb.-ft. of torque. This could be the right engine for the Titan or the 4.0-liter V6 that’s found in the NV cargo van that’s already on the market getting work done around the areas that you work and live.

It’s time for Nissan to offer us a V6 in the Titan for those of us who need to carry the tools, the crew, the gear, and the equipment to the job site without the need to haul or tow much of anything with you when you drive and get to work. Nissan is hard at work to make a V6 they feel will be useful for us in the Titan so that we can have this truck offered at as a direct competitor to the others already offered on the market. Hopefully, this model will be offered for us to drive in the very near future. Check out your local Nissan dealer to see one up close or to stay in tune with inventory levels.