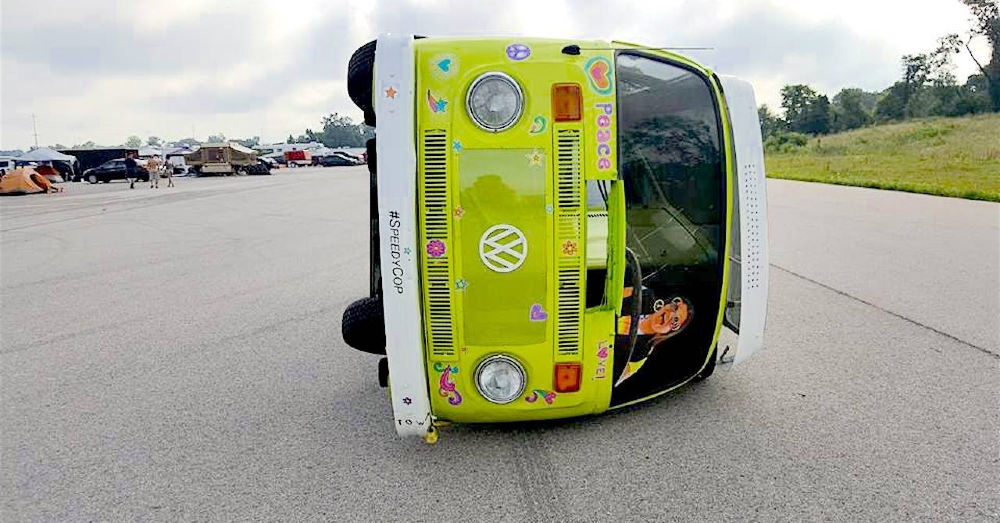 There’s something special about seeing a Volkswagen Bus racing around a track. As the vehicle that’s build to head out on the roads and give owners a fun way to experience the road travels they want. Not often are these uniquely iconic vehicles used as racing machines to tear up the track. One man has taken a Volkswagen Bus and decided to take the vehicle and race it an extremely unique way. If you see this version of the VW Bus racing around the track, you’ll never forget it.

What makes the VW Bus so special? Anyone could take an old bus and pray it doesn’t tip over on them out on the track, but the man who created the Trippy Tippy Hippy Van is a bit different. Not only has this VW Bus been tipped over, but it also races on its side. The owner, Jeff Bloch, who is known as Speedycop build this vehicle and won awards for creativity in the 24 Hours of LeMons racing. He has made a name for himself with his creations that include an upside-down Camaro, a helicopter, a Cessna, and a hot dog stand.

In reality, this cool sideways racing VW Bus is a 1988 Volkswagen Rabbit chassis with a 1.8-liter 16-valve GTI engine with the Bus body panels attached sideways to the vehicle. The Bus part is a 1975 VW campervan that fit perfectly after Bloch added his own qualities to it that made it attach perfectly. Notice in the video below that this is a bit of a top-heavy vehicle, as you would expect, and at times it races on two wheels, but even then it can handle the turns around the track that cause it to be able to keep up with some of the other vehicles on the road.

In order to create the visibility needed, because you can easily see this thing would block out most of where you need to be able to see, Bloch used one-way vinyl mounted to several different body parts. This allowed the vehicle to look great and keep its appearance while the driver is allowed to see everything needed to be able to handle the drive on the track. On the outside of these panels, the underside of the vehicle is printed, the front is printed and the roof is printed to give a full VW Bus appearance.

There’s no doubt you’ll never forget this vehicle when you see it riding around at the track. The only thing that might make you wonder, after seeing a VW Bus racing around on its side, is what this creator will come up with next. The VW Bus on its side is an amazing vehicle to see roll around the track and something you need to check out in the video below. Take a look and see it take off and think about what else this creator might want to make and how he could accomplish the task of creating something even more interesting. 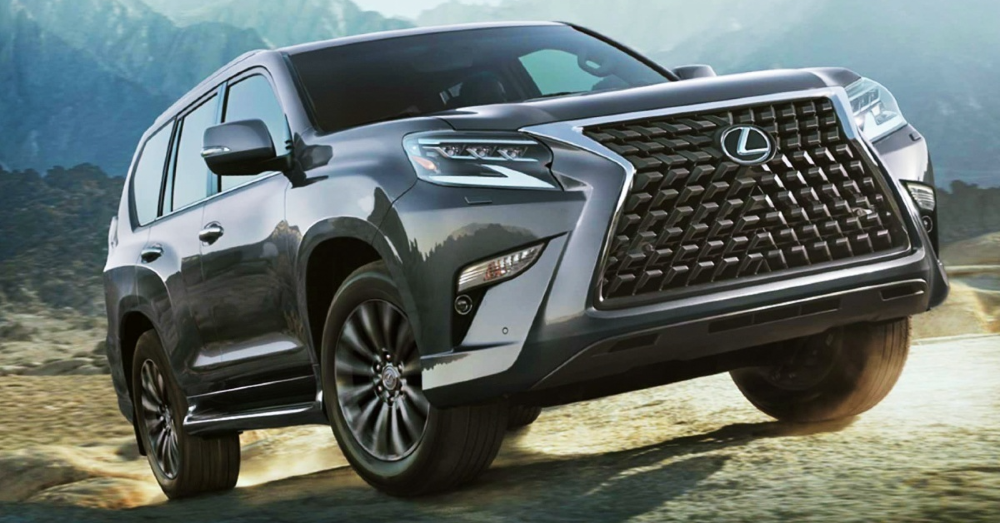