The 2023 Ford Escape is Coming 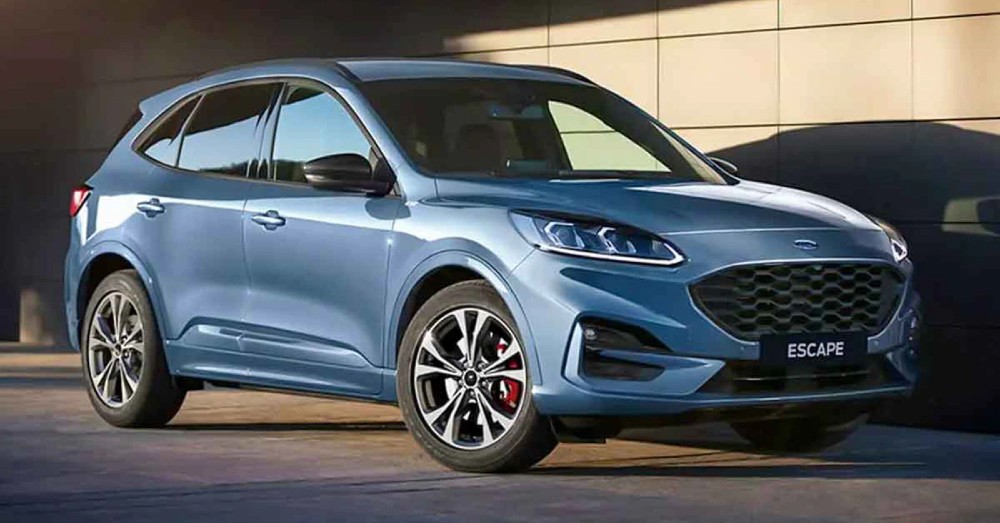 The 2023 Ford Escape is Coming

Whenever people catch glimpses of a well-known vehicle like the Ford Escape driving around in camouflage, it means there’s an update coming. The rumors are true: the Ford Escape is getting a facelift, and drivers across the country couldn’t be more excited.

While there isn’t a lot of information about the newest version of this popular SUV, there are enough details to put drivers on the edge of their seats.

Here’s what we know about the new 2023 Ford Escape coming to a dealer near you:

A Fresh Look Inside and Out

Even with camouflage covering the exterior of the Escape prototype, there are some obvious enhancements to this SUV’s look. The front-end has a completely new design that brings the Escape’s style into modern times.

The LED headlights have a boxy, more aggressive look that complements that redesigned grille. You’ll see some similarities between the new Escape and the Ford Edge and Mustang Mach-E. The grille is rounded to look more like an oval than anything else. It seems like the blue oval is the new mark of an updated Ford.

The rear of the new Escape showcases a fresh taillight design along with some other fascia updates.

Ford is keeping its lips pretty tight in regard to what will power this beast. A standard 1.5-liter turbocharged three-cylinder engine powers the current Ford Escape. Drivers can also upgrade to a 2.0-liter turbo inline-four as well as a hybrid and plug-in hybrid engine.

Most people exact the new Escape to have similar options. With Ford’s electric capability advancement, we should expect better fuel economy and electric range on the 2023 model. There’s no reason to expect the Escape to have more potent engines, but Ford tends to over-deliver with every update.

The Future of Ford Tech

There’s no reason not to believe that the new Ford Escape will have incredible tech options. Recent updates on the Ford Focus (available overseas) show that Ford is increasing the size of its infotainment center. Sadly, Ford has made seeing inside the Escape prototype extremely difficult, so it’s hard to say.

Where we expect to see the greatest improvements in the arsenal of Ford tech is with Ford’s Sync software. The current, Sync 3 is a powerful interface that gives drivers complete control. You get hands-free connectivity that helps you make your smartphone part of your daily drive.

The Ford Mustang Mach-E debuted the Sync 4 software that features natural voice control, cloud-based navigation with real-time traffic, wireless Apple CarPlay and Android Auto, and more. In the past, you had to connect your infotainment system to wi-fi to get updates. The new system can update over the air. The new Escape should have Sync 4 or better by the time it hits the road.

Even if you’re not in the market for a new SUV, the mystery and intrigue of the new Ford Escape should be enough to catch your attention. As more details come out about this highly-anticipated update, keep an eye on your local Ford dealer. Pre-orders will be coming soon, and this Ford won’t last.