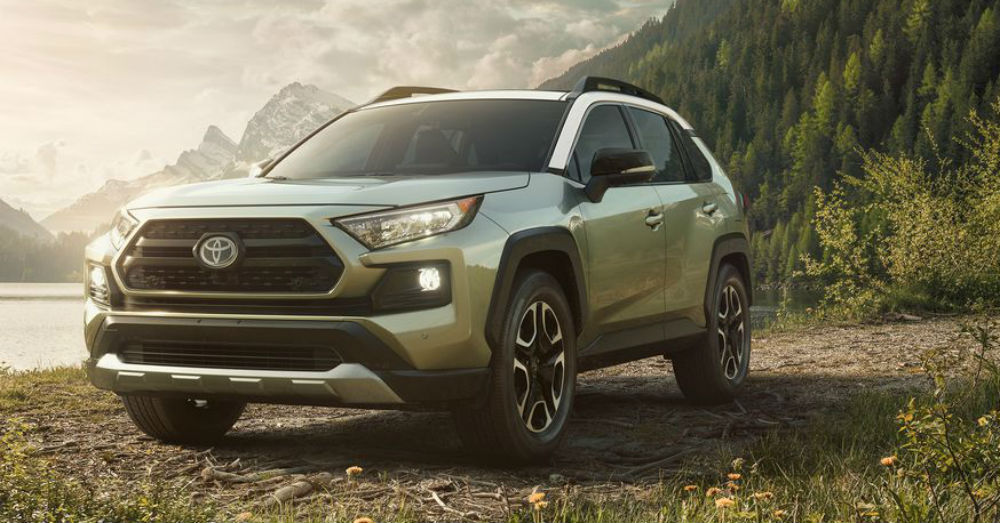 You might think we should be excited and looking for the next amazing sports car to show up on the scene or the next EV that will revolutionize the industry with a massive range on a single charge. Even though these are both topics that could and would excite us for the experience we want to have when a car crosses the stage at an auto show, the model that we’re seriously looking forward to is the next model of the Toyota RAV4 that will make its way across the stage at the 2018 New York International Auto Show near the end of this month.

The teaser image for this new version of the RAV4 is one that shows this SUV with its silhouette placed against a sunny backdrop. While we can’t get a clear view of the new equipment or what this model will be when it arrives on the scene later in the month, we do know that the new RAV4 is being built with some heavy influence from the FT-AC Concept model that made its first appearance at the 2017 Los Angeles Auto Show to give us a view of what might be the next version of the FJ Cruiser.

Interesting and Ready to Drive

While the FT-AC Concept was expected to offer us only the newest off-road vehicle, the surprise was that it would be able to offer us what we want for the new RAV4. The spy photos we’ve seen for this new model of the RAV4 show a crossover that’s more impressive and rugged with an upright stance and the same grill that was offered on the FT-AC Concept model. This boxier shape can help increase the passenger and cargo volume of the SUV that we love to drive on the road.

The platform you’re going to see used for this incredible new model is the new Toyota New Global Architecture which has been used for the Prius, Camry, and C-HR. There will be a range of naturally aspirated four-cylinder engines that are expected to be used for the new RAV4 when it appears on the road. With this in mind, we’re likely to see a hybrid model offered for the drive we want to enjoy and we can also expect to see the improved AWD system with the Dynamic Torque Control to keep the RAV4 competitive with other models.

When this new RAV4 shows up on the stage at the New York Auto Show later this month, we will be able to enjoy the full details of what it’s going to offer for the drive. Expect the new RAV4 to be more rugged, more capable and more of what we want when it’s time to head out for a drive and experience the performance desired. This should be an SUV that can also head out on the lighter trails in your area to give you some off-road fun where you want to go on the weekends.