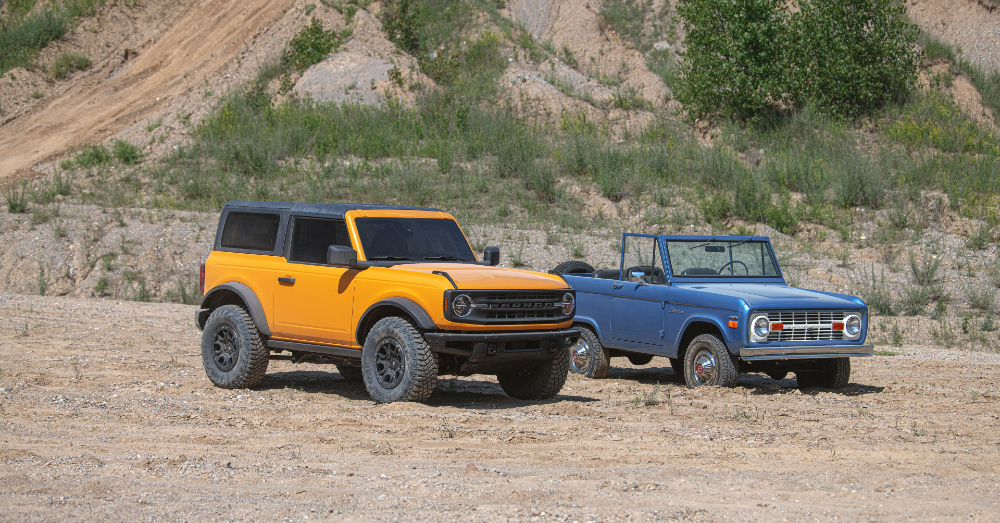 Some of the favorites of the 80s, 90s, and early 2000s once again return to the assembly line, these old favorites have a brand new life.

There’s been a growing trend over the last few years of major car and truck manufacturers listening to the growing choruses of their customer base, choruses who, for years, have been pleading for certain much-beloved models to come back.

And thanks to the modern designers and engineers who perhaps owned or maybe even coveted one of these models in their younger years, many of them feel like they are not only taking their brand into the future of car making but paying homage to the rides that came before them. Here are some of the best new old models that are making their way back into showrooms around the nation.

The Ford Bronco is an icon in its own right. Not a truck but not quite an SUV, the Bronco was a singular machine whose style, capability, and fun were unrivaled for decades. Until Ford ceased production in the mid-90s. Fans of the Bronco clamored for years, begging Ford to put this legend back on the streets. And now, much to their delight, it is. With styling that hearkens back to both its original 1960s iterations and its most classic late-80s/early-90s runs, today’s Bronco takes notes from almost every era of Broncos past, while moving it forward into an action-packed future.

The Ranger was a mighty little compact truck that made itself a hero of the working man and woman in the 1980s, 90s, and early 2000s, with its most iconic era running through the mid-90s. But a decade ago, Ford took the Ranger off the road, much to the dismay of the model’s disciples. Thankfully, the Ranger is back this year as an exciting new mid-sized and it is better than ever, thanks to an aggressive design that puts action and adventure at the fore.

One of the most beloved street racers is back and, some might say, better than ever. After a long absence, leaving fanatics to lust over a very limited number of Supras (whose most iconic years were from the early 90s to the early 2000s) in existence. But now and with much fanfare, the Supra has made its long-awaited return to the streets and, more importantly, to the racetracks.

The Grand Wagoneer was perhaps the original family adventure machine. Recognizable the nation over thanks to its iconic wood paneling and bulky frontend, the Grand Wagoneer was one part family hauler, one part weekend adventure machine. Yet, for some reason, the model was dropped from the lineup in 1994. Thankfully, Jeep just unveiled their all-new Grand Wagoneer, which offers more luxury than its predecessors, while maintaining that flagship vibe the classic-era GWs always offered as one of our old favorites.