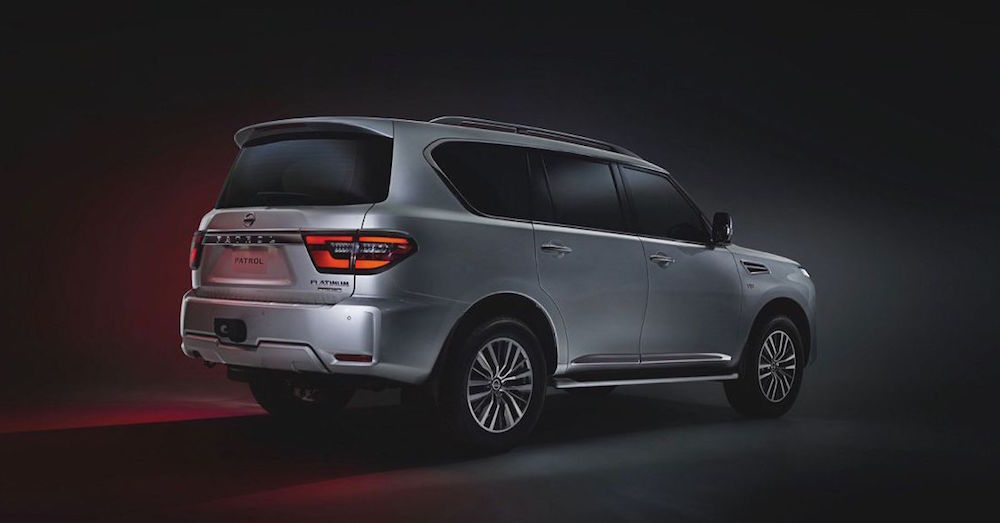 At first glance the Nissan Armada and Infiniti QX80 are both large, three-row body-on-frame SUVs made by Nissan.

There are plenty of similarities between the two SUVs, however, there are also a lot of differences. Let’s take a closer look by comparing the top trim of the Armada with the base QX80.

To start, one of the biggest differences between these two SUVs is the price tag. The Nissan Armada’s base price tag is about $20,000 lower than the base Infiniti QX80. If you move up to the top Platinum trim on the Armada, the price tag is nearly $67,000, but it’s still less than the $70,445 starting price of the base QX80. Both SUVs feature the same engine in the 5.6-liter V8 that makes 400 horsepower and 413 pound-feet of torque. Both models pair with either RWD or AWD and come with a seven-speed automatic transmission.

Both the Nissan Armada and Infiniti QX80 are capable of towing 8,500 pounds in any configuration. They also get equally poor fuel economy of about 13 MPG in the city and 18 to 19 MPG on the highway. The Armada has slightly better rear legroom, and it easily seats eight passengers while the QX80 seats seven and the rear seat is a bit cramped.

As you might expect, the Nissan Armada Platinum and base Infiniti QX80 both offer very well-appointed interiors with a number of standard niceties like front dual-zone AC and a rear HVAC with separate controls. Other standard features you’ll find on these SUVs include:

There are some areas where the Armada shines over the QX80. The Armada Platinum has standard ventilated front seats and heated rear seats while the QX80 does not.The Armada has some additional safety features not found on the QX80, including a rear door alert system and an intelligent Distance Control System.

Is the 2021 Nissan Armada Platinum a Luxury SUV?

Technically, the Nissan Armada is not a luxury SUV like the Infiniti QX80. However, the Armada Platinum feels a lot like a luxury SUV for a lower price tag. It’s extremely spacious with high-quality materials in the interior, and it comes with a big selection of standard features as well as some desirable options unlocked in the higher trims. Even if you move down to the mid level Armada SL trim, you’re still getting a lot for about $10,000 less than the Armada Platinum and about $13,000 less than the base QX80.

Cons of the Infiniti QX80

The main downside of the QX80 is undoubtedly the price. For such a high price tag, it doesn’t offer a choice in engines or expected luxury features like a panoramic sunroof. The average driver can get a lot more for a lot less in the Armada.

Both the Nissan Armada and Infiniti QX80 are attractive, large SUVs with plenty of power and luxurious interiors. However, the Armada offers more for value-conscious buyers with its reasonably-priced mid-level trims and a more spacious interior.